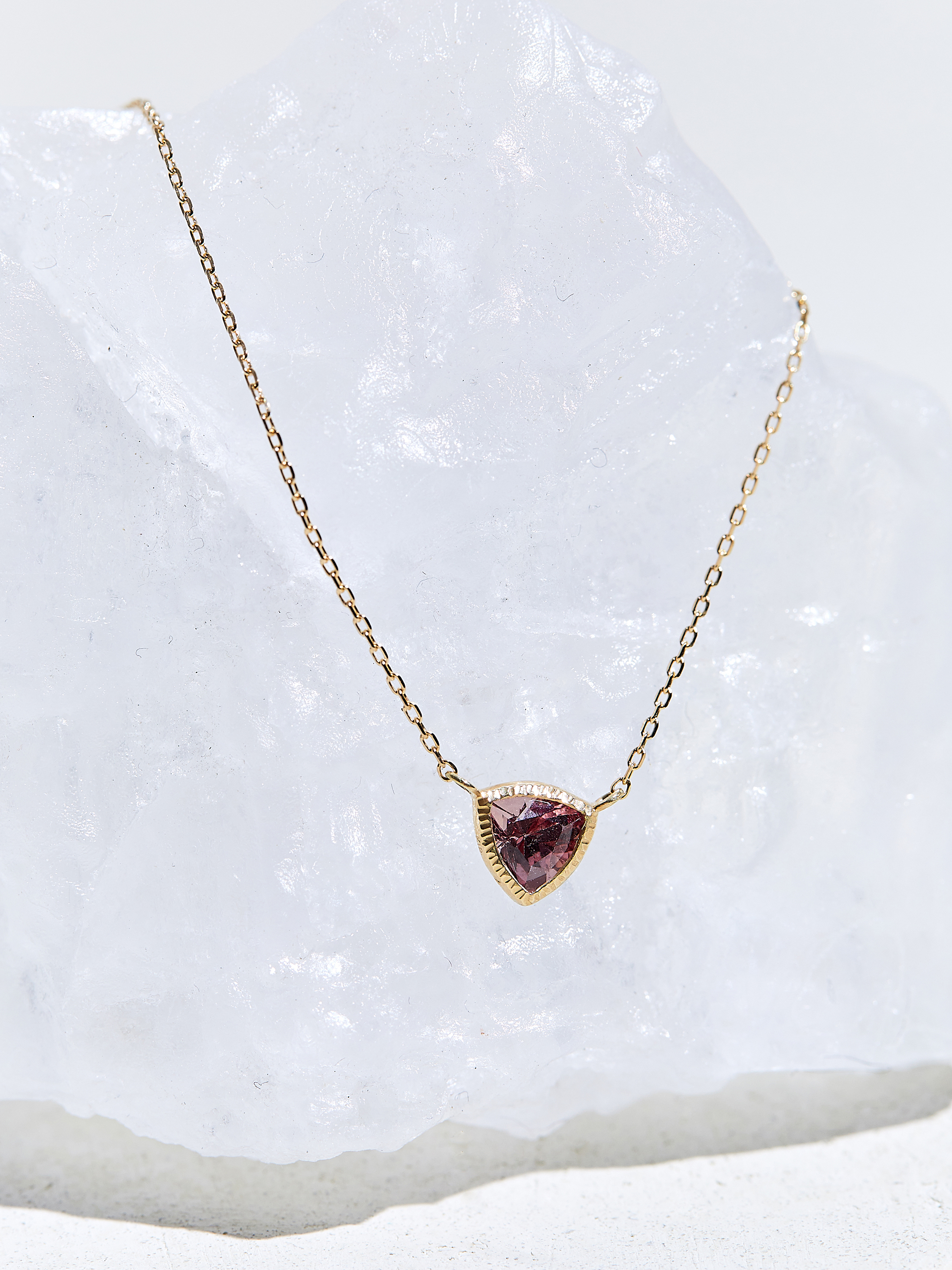 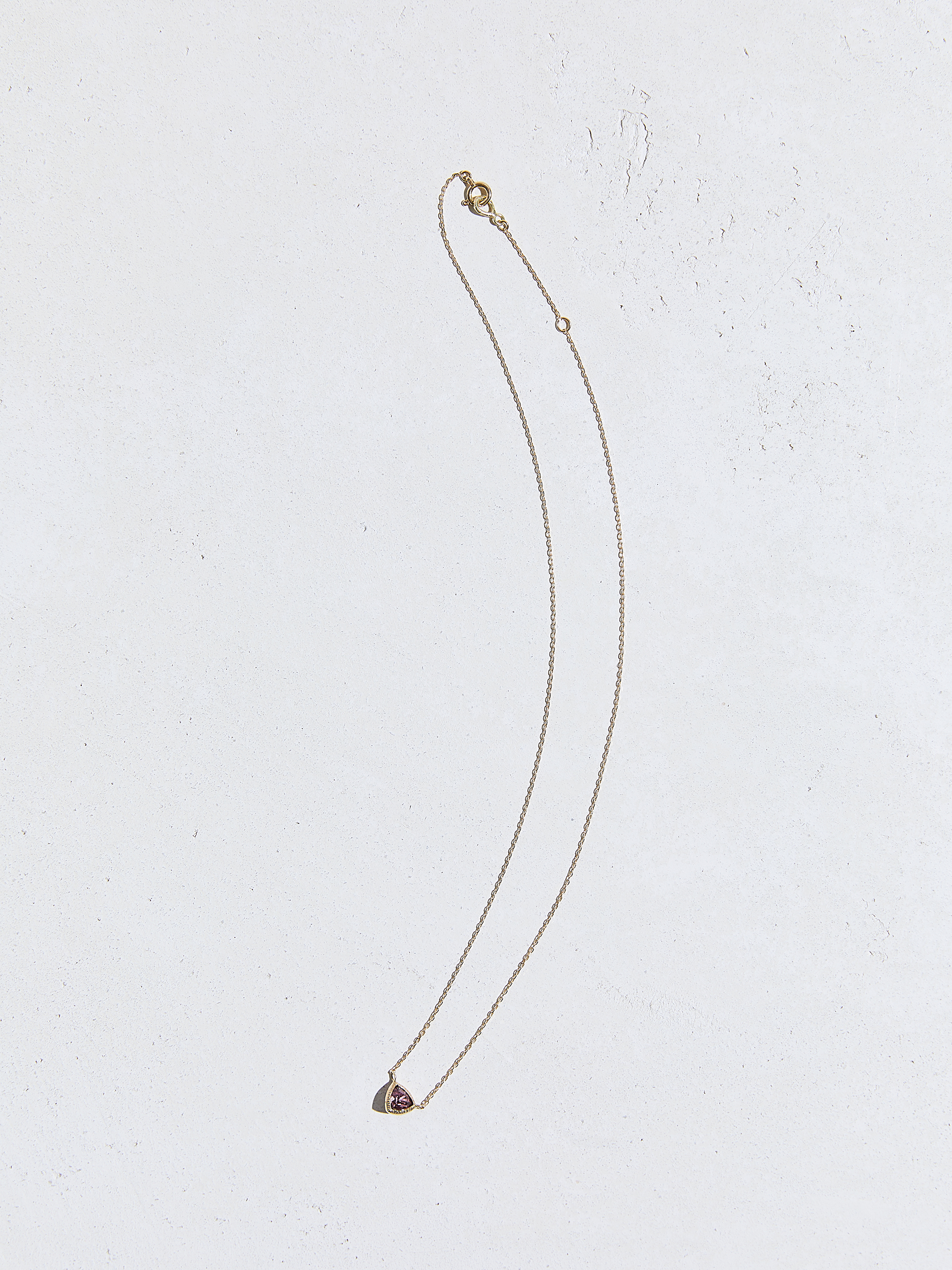 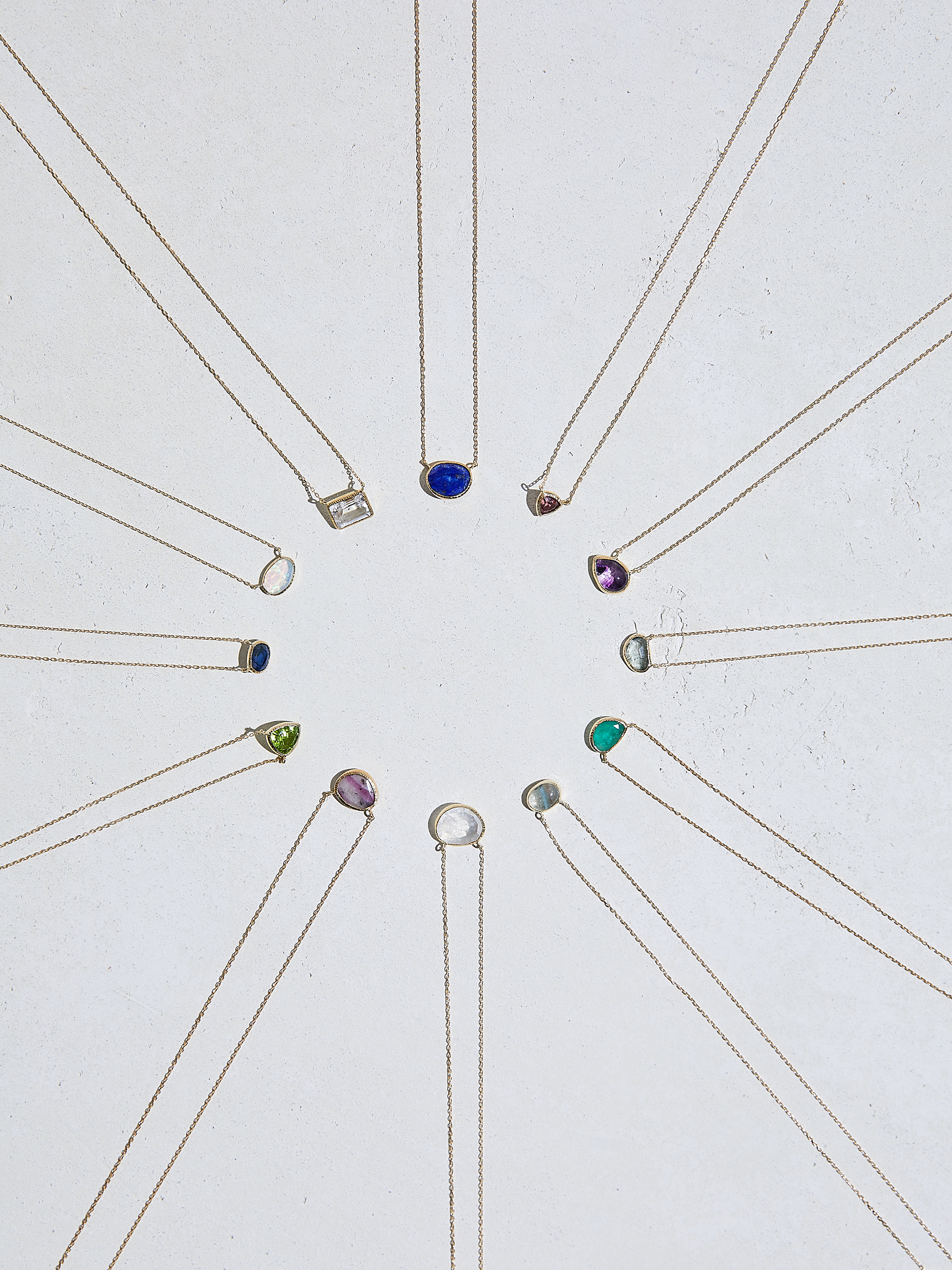 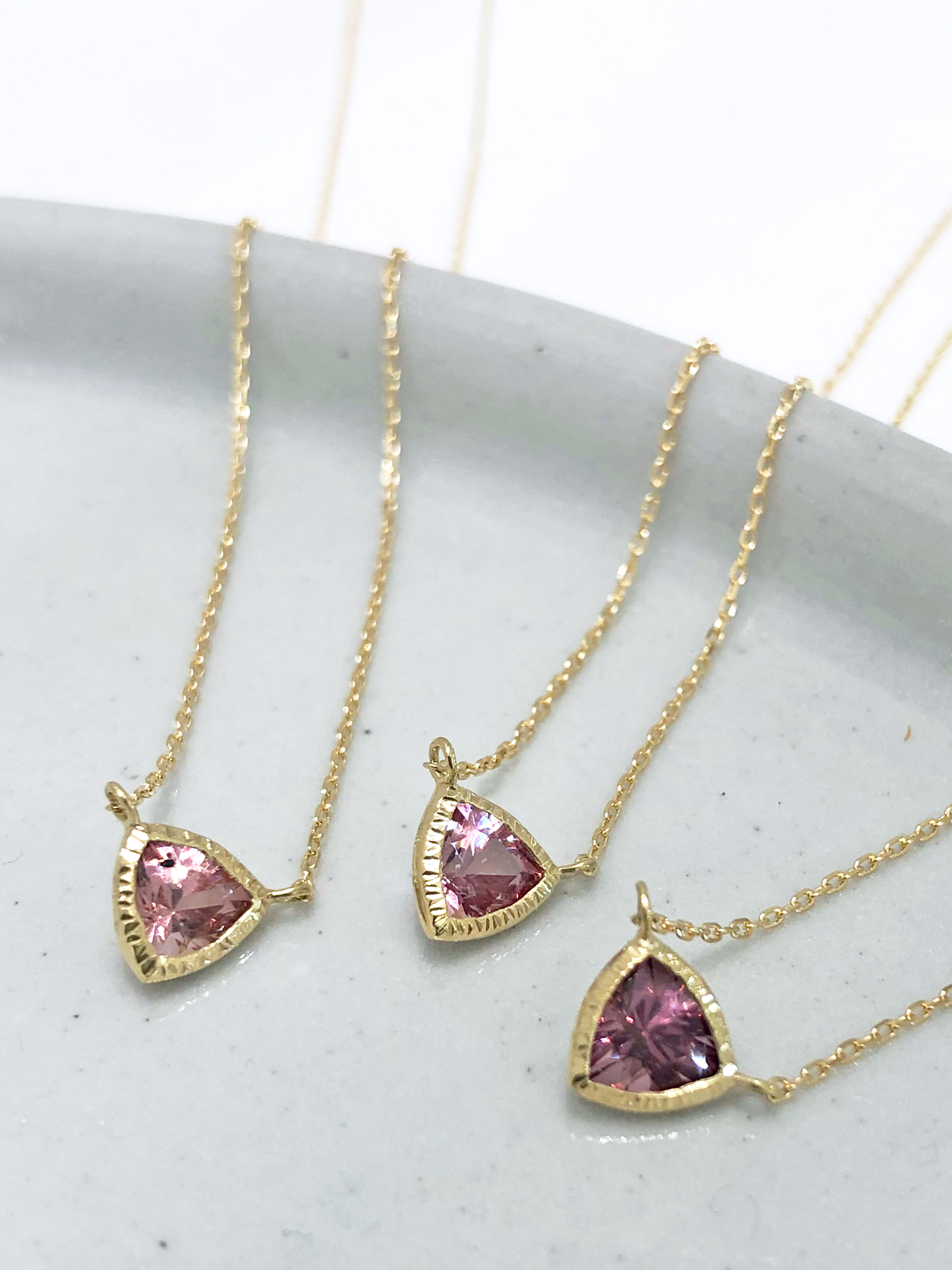 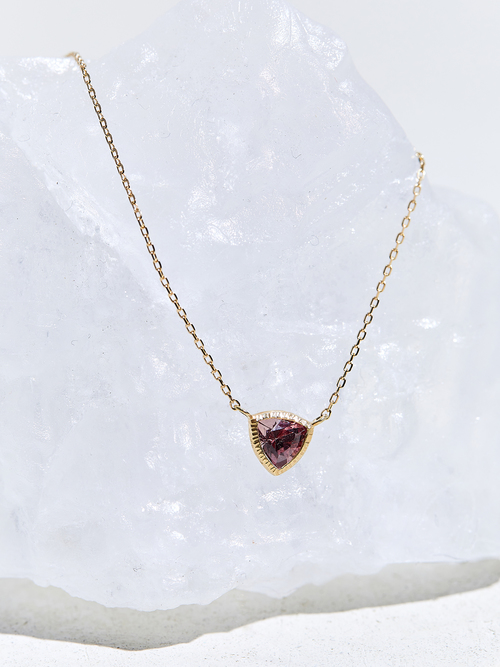 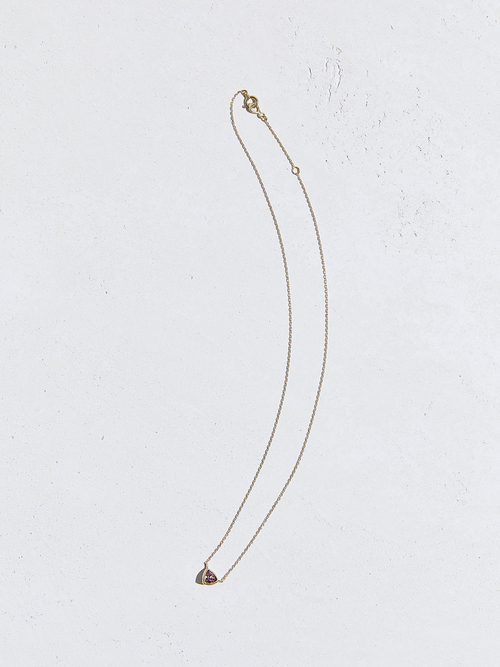 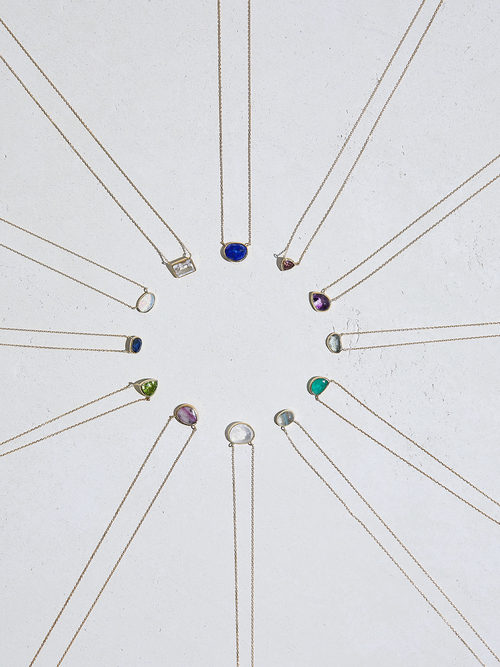 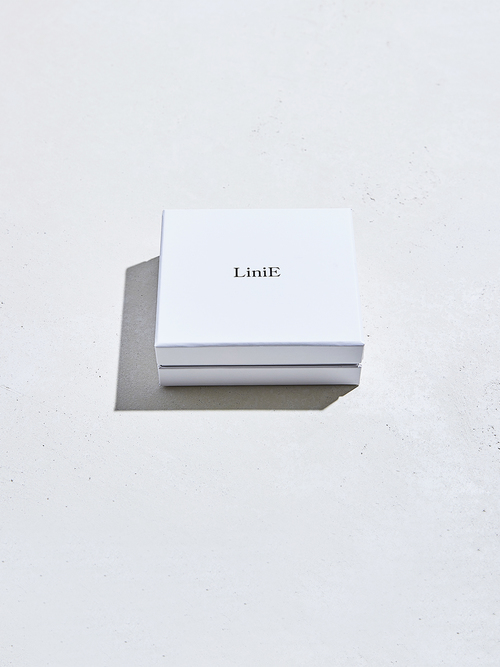 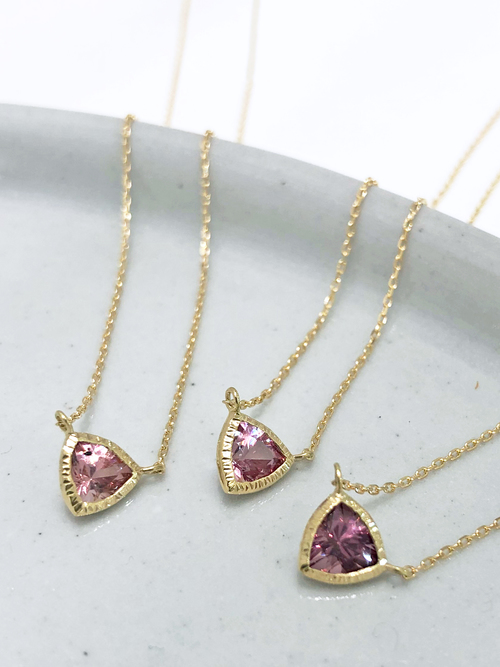 Stone frame: A setting in which the stone is surrounded by metal, known as Bezel setting.
The surface of the frame is hammered by hand to create LiniE's original stone frame.
MATERIAL
Stone frame, Chain：K18YG
Stone：PEACH GARNET
SIZE
40cm（adjuster 38cm)

Please note;
Since natural stones are all different, the size, color, shape, and inclusions can be different from the website photos.

'Currency Exchange' is just for your reference.
Every transaction will be made in JP yen, and its rate will change a little according to the settlement rate of each credit company. We assume no responsibility whatsoever for the indemnity from the use of those settlement rates. 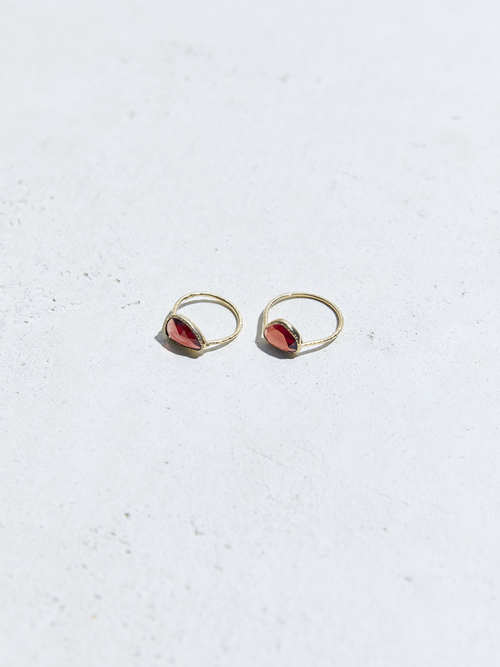